Take a Look at Some Screenplays from Melissa L. White

Melissa L. White’s screenplays are influenced primarily by Nora Ephron and Francis Ford Coppola. Like her short stories, they encompass a wide variety of styles and will appeal to many different tastes. You can view an excerpt of each of these sample screenplays. Please take the time to read them. There is a lot to enjoy in each one. 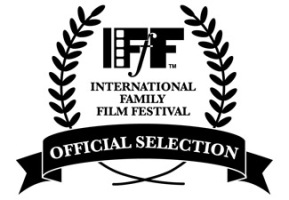 Catch a Star on the Rise

Melissa has already had one short film produced. “No Tomorrow Without Merci,” a WWII drama that takes place in Berlin, was co-written and co-produced by her. She also has two screenplays that are set to be filmed this year: “Angel Food” (which was recently optioned) and “Hard Laughter” (a collaborative project with Actor/Producer Gerard Garilli). Her script "Sadie Hawkins Day" was just announced as Winner Best Screenplay - Comedy, in the International Family Film Festival 2016. It is also a Finalist in the Comedy Division of the Screenwriting Competition. Please continue to visit this page to read more about Melissa’s upcoming projects or get in touch with her to learn more.